THE ART BIENNIAL OF VENICE AND HEAT, AN EXHIBITION NOT TO BE MISSED 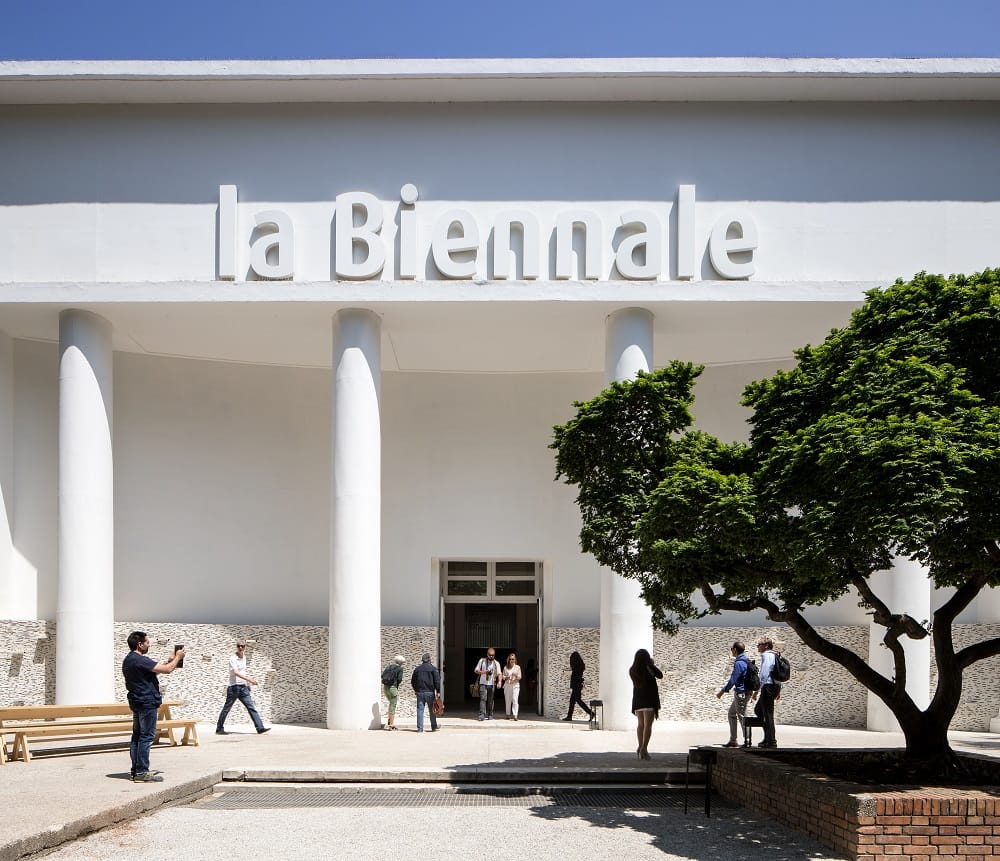 Eclectic and curious, Angelo Bucarelli grew up professionally between Italy and the United States (where he was art director of Art Forum International). He has been a pioneer of culture as a medium of communication. He is an artist himself and cultural manager and book designer. He curates and organizes exhibitions and international events. He writes about art, architecture, “good manners” and his frequent travels around the world. He lives in Rome and on the web www.angelobucarelli.com.

And the winner is….. Anne Imhof, golden lion 2019 as best artist, and the Lituanian Pavilion, as best pavilion. We are in Venice for the 58th Venice art Biennial, the oldest and most important international art review without commercial purposes. Anne has got the favour of the jury with her subtle and perverse brutality of her Faust. The Lituanian Pavilion, Sun & Sea, with a choral, liric and dreamy opera performance signed by Rugilé Barzdziukaité, Valva Grainyté e Lina Lapelyté e curated by Lucia Pietroiusti, full of messages of alarm for the uncertain health of our planet.

“May you live in interesting times” is the umbrella title that Rulph Ruggoff has chosen for his Biennial to invite us to think deeply about the contemporary technological and communication civilization we are going through with surely fascinating but also deadly aspects, as Bradbury has prophesied in the middle of the last century. “May you live in interesting times” is an exhibition with a very accurate curatorial writing, which unfolds between the collective exhibition at the Giardini, which works almost like a sort of sophisticated introduction to the Arsenale, where the works of the same artists follow one another in a fluid and natural way, conversing with each other with the help of a functional layout, with light-colored walls in natural wood. It almost seems like the second chapter of the Biennial of Okwui Enwezor “All the worlds futures”, which spoke of the future but was very rooted in the past. Unlike Enwezor, Rugoff invited only living artists and did not indicate references in the twentieth century: here we are in the present and we look towards the future, without looking back. Thus the story is expressed in different languages, and introduced by the disturbing bachelor machines of Sun Yuan and Peng Yu, who with their violent and snappy movements seem to preclude a world dominated by a sadistic and cruel robotics.

A cry of alarm comes from Hito Steyerl: his installations warn us of the dangers of the indiscriminate use of AI, artificial intelligence, in a conscious and direct way. Even more disturbing “No history” in a room filled with people with funny names 5, the three-channel video installation by Konakrit Arunanondchai and Alex Gvojic at the Arsenale, which combines a single visual pathway with chronicle, spirituality and obsession in today’s Thailand. Along the same lines, but with a sometimes obscure complexity, is “”Old food, the installation presented by Ed Atkins at the Arsenale, where Ryoji Ikeda data-verse’s work stands out, able to make the treatment of big data a saga of highly seductive images. A distinctly political vision dominates some of the most interesting works of the Biennale, such as the film by Kahlil Joseph BLKNWS or 48 war movies by Christian Marclay (less successful than The Clock but still effective), the collages by Frida Orupabo, the Synchronicity video installation dedicated to life of the homeless of Apichatpong Weerasethakul and Tsuyoshi Hisakado and the video works of Lawrence Abu Hamdam, who deserved a mention. Without forgetting the sound installation by Shilpa Gupta at the Arsenale, dedicated to censorship; the terrible images taken by Soham Gupta (same Indian surname, but are not relatives) in the slums of Calcutta; the photographs of Rula Halawani and the extraordinary black and white portraits of Zanele Muholi. Speaking of mentions, there is nothing to object to the indications of the international jury that has justly named two committed and conscious artists such as Teresa Margolles and Otobong Nkanga and conferred the Golden Lion on the African American Arthur Jafa. On the playful and positive side of the future stand Nabuqi’s installations, Jon Rafman’s videogames and the colorful and psychedelic environments of Alex Da Corte and Ad Minoliti. Also interesting are the sculptures, which often have a formal elegance close to design, as in the works of Haris Epaminonda, winner of the Silver Lion. Here too there are many convincing works, among which the works of Carol Bove, Liu Wei, Jean Luc Moulène, Andra Ursuta and especially Gabriel Rico stand out, particularly lyrical in his poor-minded minimalism.

Beyond the Rugoff exhibition, the national pavilions as a whole, have not shown that they possess the same visionary and disturbing force, apart from some exceptions. First of all, the Lithuanian pavilion, the winner as we said, set in a military area of the Arsenal, capable of to project the visitor into that melancholic atmosphere typical of Eastern European countries: the beach illuminated by a Nordic light tells humanity in all its disarming daily life of the “vacation”, which had already struck Georges Seurat in his masterpiece “Une dimanche à la Grande Jatte”. Then French one curated by Laure Prouvost, with his biting, subtle and ironic Deep See Blue Surrounding You, a video installation not to be missed (despite the queues at the entrance) and Ghana Freedom, the pavilion of Ghana at the Arsenale, designed by the architect David Adjaye, which brings together the best artists of the African country, among which stands out a splendid video by John Akomprah. Finally, among the pavilions to which I pay attention, I suggest Moving Backwards, the video by Pauline Boudry and Renate Lorenz (Switzerland), the Flight sculpture by Roman Stanczak (Poland), the Heirloom video by Larissa Sansour (Denmark), the video installation by Driant Zeneli Maybe the cosmos is not so extraordinary (Albania) and, last but not least, the works of Liliana Moro (Italy).

Outside the Giardini or Arsenale, spread among the Venetian “calle”, many collateral events and other independent art events. Among these ones there are two remarkable exhibitions; Kounellis at the Prada Foundation and Burri at the Cini Foundation. Sean Scully has built a cold and colourful tower under the dome of the church of San Giorgio Maggiore in the island just in front of piazza San Marco.

Among all these art events, not to be missed, is “HEAT: Create the Environment You Want To Live In”, an original exhibition organized by “Art and Communication”, a non-profit international association supporting art and artists, with the cultural advise by Ekaterina Luki and curated by Maria Abramenko and Sveva Manfredi Zavaglia, at the Church and Archives of Misericordia, in the Cannareggio Sestiere (district). A good excuse to search Venice a bit off the usual paths.

With Heat curators have tried to stimulate a real dialogue between the confrontation of the different artist approach to the global warming and environmental crisis and the public consciousness, unfortunately so lazy in accepting what is now scientifically and dramatically confirmed.
Original and lively peculiarity of the show is its periodical renewal. It is a matter of fact that each two months about, Heat presents two artist site specific works facing each other mixing and confronting their own languages and reactions in front of such urge emergency. Through their work, internationally known artists will design a new creative path able to suggest how to transform the wounds of the earth into energy and light investigating the beauty and mystery of our planet. “We don’t just want to protect the environment, we want to create a world where the environment doesn’t need protection,” says cultural advisor Katherina Luki “in order to achieve such a goal we need creativity and vision”.

There are six artists, all internationally known, who are confronting and alternating each other in their duel with their imaginary world to stimulate the public’s consciences in the spaces of the Church and Archives of Misericordia. They are: Lina Condes, Edoardo Dionea Cicconi, Artem Mirolevich, Ernesto Morales, Andrea Pacanowski , Veronica Smirnoff .
Lina Condes was born in Cherkassy, Ukraine, but works and lives in Miami. As an artist of a new generation, Lina Condes incorporates principles of bionic architecture and design into her work. They are hysterically self-aware and shameless in their straightforward crudity. Condes render her work via computer technology, but the end result is far from mechanized. She presents her figures as nameless, featureless entities performing a physical act that only living beings can observe and appreciate. Edoardo Dionea Cicconi is an artist and musician from Rome and based in Florence and Palermo. He creates music and art off of it, delving also into sculpture, photography and other media. He is a member of the art group DUSKMANN co-founded in 2015. He comes to Heat with minimal-geometric installations on nature with the aim of preserving it through art. Artem Mirolevich, artist and curator, works and lives in New York. He is the founder of Art Cosmos and Russian Pavilion. His paintings are taking the viewers into fantastic journeys, rediscovering the environment and nature. Ernesto Morales comes from Turin. His art develops oil paintings that emote introspective inner journeys in the clouds. Andrea Pacanowski is from Rome. He examines the relationship between man and nature to better appreciate the connections between the two through his photography.
Veronica Smirnoff lives and works in London. Very traditional in her technic she works using egg tempera on wood vitalizing images referred to early Rennaissance, fairy tales, legends and ancient visual cultures.

The language and media diversity of these six artists confronting them self with belief to the deep them of Heat, produces high visual contrast which is the success of the all show. 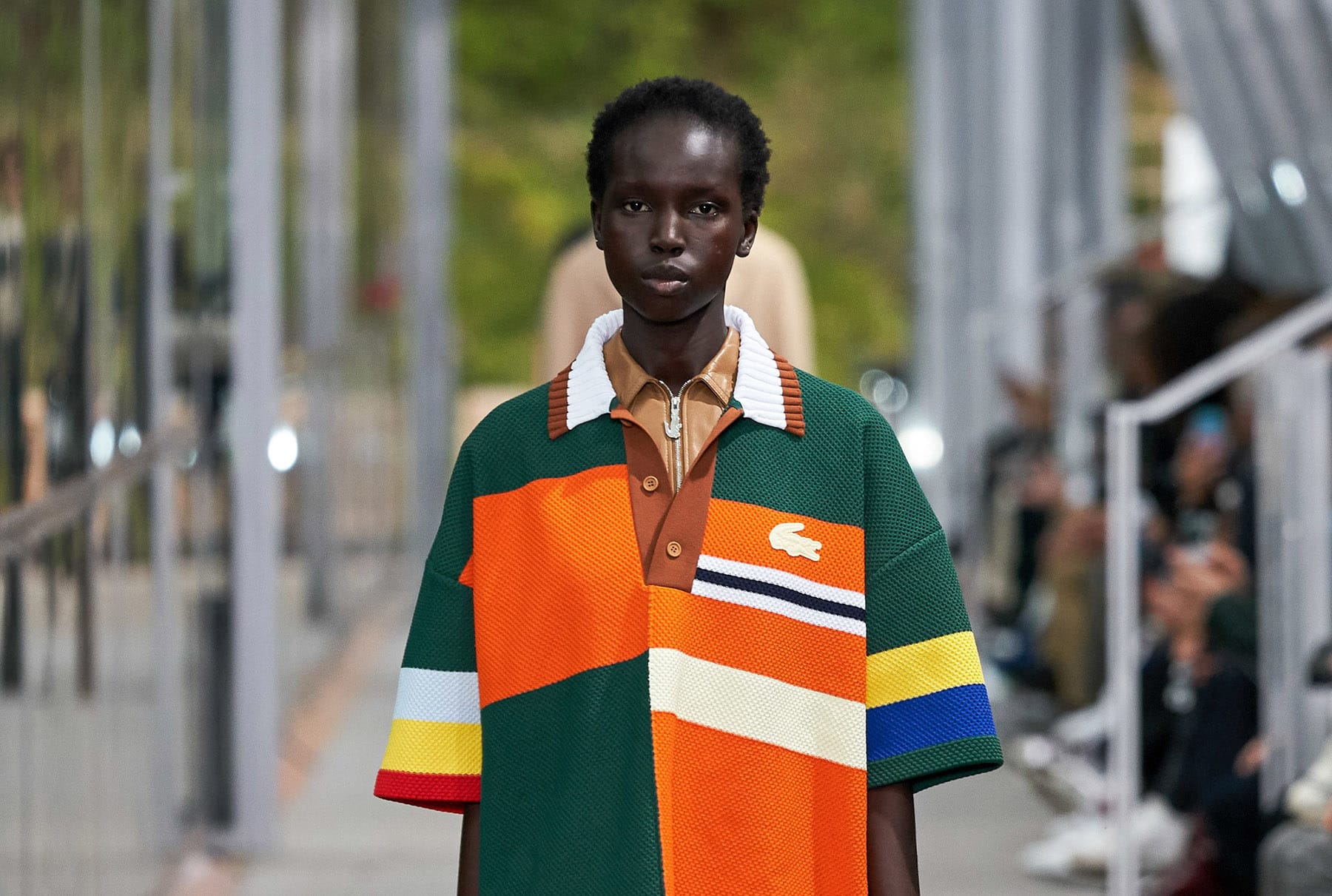 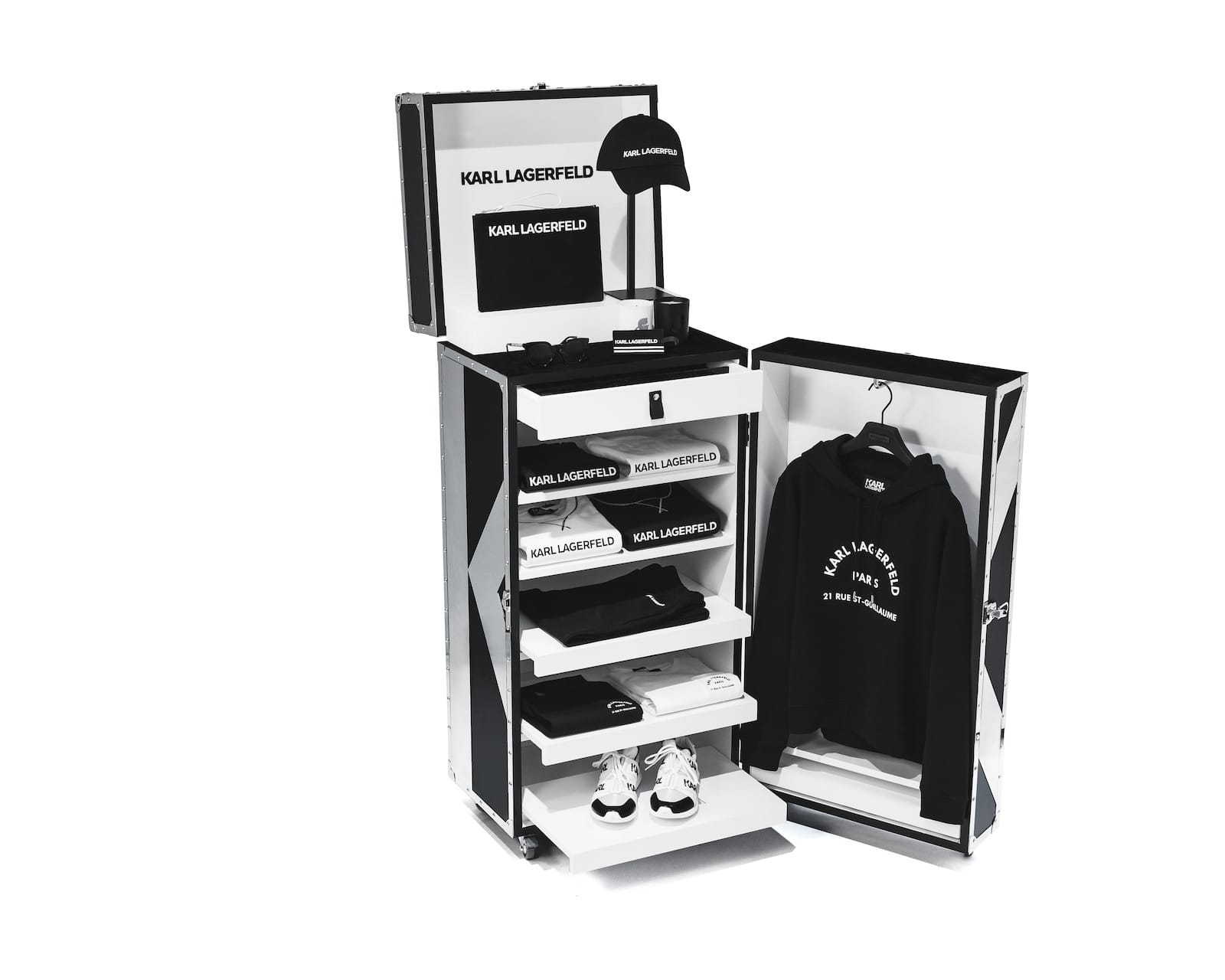 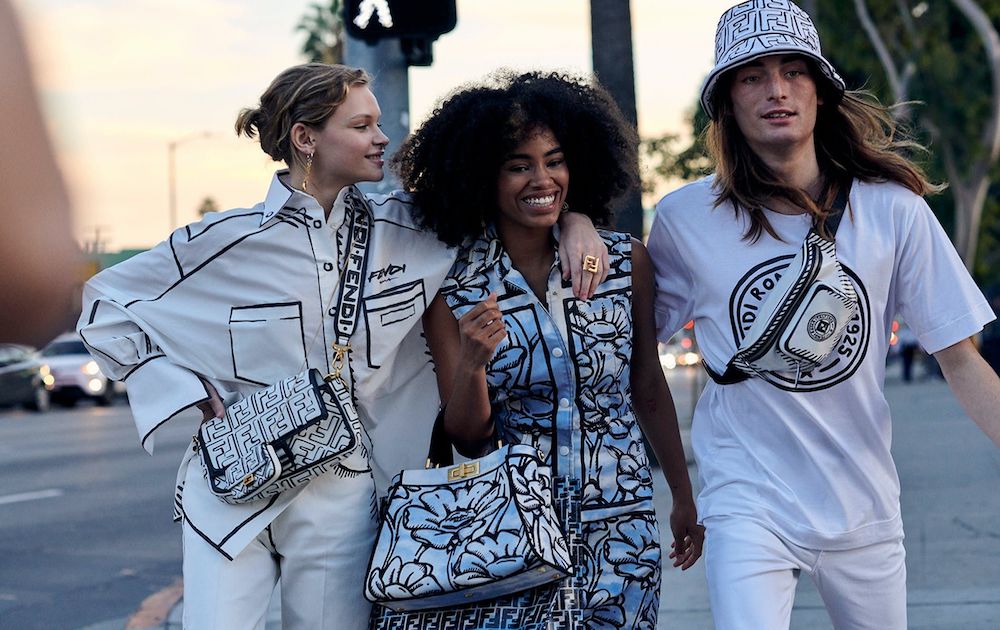